The popularity of whiskey has reached almost all places around the globe. Japan, for instance, started producing its very own version of the world-famous drink — Japanese whisky.

Japanese whisky has gained fame all over Japan as well as neighboring countries. The reason is Japanese whisky’s distinct taste. Furthermore, there is one whisky produced in Japan that liquor connoisseurs hold as “The Master of Malt” — Hibiki 17-Year-Old Blended Japanese Whisky.

All About Hibiki 17 Whisky

Since Suntory’s Hibiki 12 released, Hibiki has not been the same. For some years now, allocations for Suntory became limited. Moreover, bottling might have ultimately stopped already.

Yet, after the Hibiki 12, Suntory announced a piece of good news and released a new Hibiki expression — Hibiki 17. Popularly known as a blend of the most well-selected vintages, the new bottle combines wine-cask aged whiskeys, which give a new twist on the Hibiki flavor. This factor leaves Hibiki as the most awaited whisky of the day.

The liquor conglomerate Suntory is one of the oldest Japanese brewing and distilling companies that distributes alcoholic beverages in Japan. It became prominent in 2008 and recognized as the maker of the best-blended whisky at the World Whisky Awards. It was the first time a Japanese whisky won such a notable prize. Hibiki became more popular when it got featured in the movie “Lost in Translation.” It was in the part where Bill Murray was promoting “Suntory Time” at the beginning of the film. The whisky’s appearance in the film attracted more consumers.

Suntory has two whisky distilleries in Japan. The oldest is in Yamazaki, Japan, and the other one is Hakushu, founded in the 1970s.

The Ultimate Guide To Hibiki 17 Whisky

Hibiki 17-Year-Old Blended Japanese Whisky is a mix of malts and grain whisky from Yamazaki and Hakushu. The whisky bottled at a young age of 17 years. Each of the Suntory distilleries only uses whisky that they produced in making blended whiskies. It is different from the process of Scotland, wherein mixing of whiskies between different companies is a huge business.

Hibiki, in Japanese, means “to harmonize.” The name perfectly fits the liquor since the blend of each whisky harmonizes to make the Hibiki 17. The whisky’s bottle is an excellent mix of a whisky decanter and 1970s retro design. Additionally, the background in the bottle gives off the slightest sentimental vibe.

Here is an overview of Hibiki 17:

The color of the whisky is dark amber, and the smell is zesty with the fruity vibes of sultanas and citrus peel. Other elements are present, like a dark chocolate smell. It also has scents of oak wood and smoked bacon to round up the complete mixture.

The whisky has the touch of sweet grain, which is malty in taste. Flavors of vanilla, woodiness, and a nutty element similar to almonds also come through. The malt in Hibiki 17-Year-Old Blended Japanese Whisky matured in sherry casks, and the character goes on with the palate. The candied citrus peel adds to the fruitiness of the taste, and the woodiness is noticeable.

The finish is small. It is light and thin in the mouth as the scent sends something richer and heavier. Hibiki 17 is definitely a great blended whisky that is velvety and has a delicate taste.

Hibiki 17 is vigorous and unwavering. There is no wonder why this drink is very popular and has won awards. Although it might be a bit costly, it is worth your money.

If you want to taste Hibiki 17 Year Old Blended Japanese Whisky, Big Time Market & Liquor, the house of bourbon and whisky, gives you a wide variety of liquors to choose from. Get in touch with us by calling (619) 470-0289 or visit our website at https://www.bigtimemarketandliquor.com. 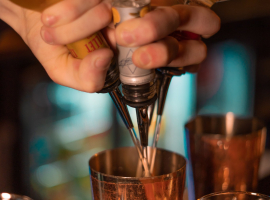 It’s the new year, and while there are still a few restrictions and conditions for… 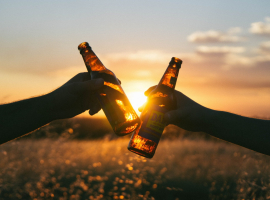