Beverage production has become an excellent avenue for establishing one’s skill set. It is the complexity that makes beverages so satisfying to create. Over the years, liquor production gained more popularity, which paved the way for several newcomers in the industry. Most of them are independent producers who seek to establish their own liquors called “craft spirit.”

People have embraced craft spirits wholeheartedly, creating a massive impact among brewers in the industry. This idea was surprisingly supported by many people, and several small, independent distilleries are now producing their own.

But what’s the reason behind this success? Every liquor consumer is looking for something new to try, and craft spirits meet that need. People enjoy the idea of supporting local products or new ideas.

Unfortunately, this bandwagon effect among the consumers hit the already established big distillery companies very hard. With the craft spirits rising into fame, of course, competition is inevitable. However, some competitors see this as a new way to improve their branding further. Others used the term “craft” as well, while some continued operating what they’ve established before.

With the sudden popularity of craft spirit among both creators and consumers, identifying craft spirits is becoming harder. Several mimicked and applied this branding, which caused confusion to the industry. Due to lack of regulation, many producers saw it as an opportunity to advertise and label their products as such, as consumers widely support craft spirits.

To end this confusion among distillers, the American Craft Distillers Association (ACDA) set a standard to identify what makes a craft spirit. These 3 main factors involve who owns the business, the amount of produced cases, and how they are created.

The first established standard for one to be identified as a craft spirit brand is that it shall be owned by an independent group. ACDA specifically clarified that people should work in the distillery without the involvement of big companies. This factor is vital, because in craft spirit circles, it is said that “craft has a face.” That’s why outsourcing is a big no if you want to have an identification as a craft spirit.

Aside from ownership, ACDA announced another critical factor, the amount produced in a year. One may qualify even with 100,000 or fewer gallons a year. If converted to cases, that is about 42,000 cases. Meanwhile, the Distilled Spirits Council of the United States (DISCUS) also identified their take on this category. They mentioned that start-ups who can produce 40,000 cases or fewer per year might qualify, as well. In short, most of the newbies in the industry who produce their very own spirits can be known as craft spirit producers as long as they meet the size of production mentioned.

Lastly, for one to have an identification as a craft spirit producer, the way you produce the liquor is essential. The only valid methods that a liquor producer can use are fermenting and distilling. This last category is a must to eliminate non-craft producers. (bulk buyers, rebottling other liquors, etc.). Please take note that originally made spirits are the priority.

Producing craft liquor is really exciting. It reflects the identity that the owner wants to share with everybody. Unfortunately, there are limits for the product to be identified as craft that must be followed accordingly. Although, what matters the most is the remarkable blend that you want to share in every bottle you release. No matter what type of branding you use, as long as the product is original and created with passion, your liquor will be extraordinary.

Want to learn more about craft spirits and other facts about liquor creation? Please visit our website https://www.bigtimemarketandliquor.com/. We are a reliable liquor store in Paradise Hills, San Diego, which offers excellence within a bottle. You may also contact us at (619) 470-0289. Visit us anytime! 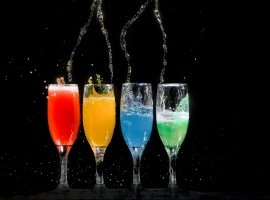 The nightlife and parties in San Diego are exciting. Along with the beautiful locations, the… 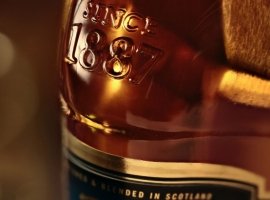