A hundred years have passed, but the Prohibition era’s memories are still fresh even to those who did not experience it. According to historians, the decade was considered a dark age, also known as the “Roaring Twenties.” The national alcohol prohibition has lead to a not-so-successful experiment to reduce crimes and tax burdens. This was also implemented to fight corruption and social problems for the sake of the unprivileged and poor citizens.

Unfortunately, as the implementation of the prohibition , crimes have significantly increases. Also, more government officials committed corruption and lavished spending. What’s even worse is that many alcohol drinkers switches to dangerous substances like marijuana. But regardless of the terrible effects of prohibition, many alcohol drinkers find their ways on how they can still bring flavor and complexity to their drinks. And until now, these cocktails continue to dominate several parties and celebrations as a way of paying tribute to 1920s cocktail traditions.

What was the Life of Alcohol Drinkers During Prohibition Era?

During the implementation of the law, people took advantage of several loopholes to enjoy great drinks. Apparently, many people uses the remaining days before the said Amendment began to be enforced. On the midnight of January 17, 1920, it was already illegal to buy or sell any types of alcoholic drinks, but it was not illegal to drink. So the last days before prohibition, people were a scramble to purchase every bottle they can afford. The rich people had the means to buy tons of boozes. They even bought an entire shop full of wine and whiskeys and stocked them up for the years to come. But for those who are not-so-well-off, they find other ways like going to doctors who are allow to prescribe distilled spirits and wines. On the other hand, others turn into priests or rabbis because the Prohibition allows wines to be used for religious purposes.

Unfortunately, alcoholic drinks as medication eventually came to an end. This was where the rise of so-called “speakeasies” started during the Prohibition era. It has shaped the modern bar scene today. Unlike booze cruises, speakeasies were completely illicit bars. However, this didn’t stop them from spreading among different states and counties. According to experts, the name “speakeasies” was invented because people are doing secretive actions to buy liquors. They will gather information from people who have already gone to one of the speakeasies in their area. And when they finally arrived at the exact location, they needed to knock at the door and whisper a code before entering the speakeasy.

It is clearly evident that prohibition did not stop Americans from drinking alcoholic beverages. From the very beginning, those who wanted to drink really found a way to satisfy their thirst for spirits. Liquors may be ban, but the great spirits of drinkers are flowing freely in the speakeasies, back alleys, and countrysides of America. In fact, many of the best cocktails in history came out of. It survived the dry years of the Prohibition era. And until today, those cocktails have remained favorites of most alcohol drinkers. In fact, you can think of having a 1920s theme for your upcoming celebration by creating your own flavors of famous cocktails during the Prohibition era.

Discover Some of the Most Popular Cocktails During the Prohibition Era!

With the upcoming holidays and celebrations, getting in the spirit with some of these prohibition-inspired cocktails is a great idea. These cocktails will probably save the day by turning any available alcohol drinks on your shelves into a boozy beverage anyone could enjoy!

During the Prohibition era, people covered up the harsh flavors of gin with fresh lemon juice and honey to create flavorful sips. The combination of honey syrup, gin, and lemon is perfect for most parties and gatherings. It is also best to serve chilled with a float of dry Champagne. It is for some extra palatable drinking moments with friends.

With almost the same essentials as Negroni, this popular drink during the 20s is a whiskey-based cocktail. This was first tasted at The New York Bar in Paris in 1927 and became popular with most prohibitionists. It is composed of a fine whiskey, sweet vermouth, and Campari that creates an exceptionally-balanced drink with a smooth aftertaste.

If you love Fernet Branca, then this cocktail is the one for you. The dryness and bitterness flavor of Fernet Branca is what makes it more intensifying and flavorful. It is a creation in 1925 at the Savoy Hotel in London, which basically tastes like a sweet Martini. Also, it has a surprisingly well-balanced cocktail drink that can surely satisfy your cravings.

This classic creamy cocktail is an invention at Tujague’s Restaurant in New Orleans. This has also been popular during the implementation of Prohibition law in the US. The goodness of crème de menthe creates the signature green hue combined with the lusciousness of heavy cream and crème de cacao best for an after-dinner mint dessert.

At Big Time Market and Liquor, you can guarantee a wide variety of quality-grade liquors from trusted brands. You can visit our store in Paradise Hills, or you may choose to deliver your orders through Drizly. You can also visit us at https://www.bigtimemarketandliquor.com/ to know more about our great deals! 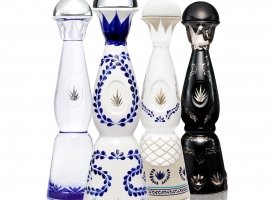 San Diego County and Mexico are two locations in close proximity. These two places are… 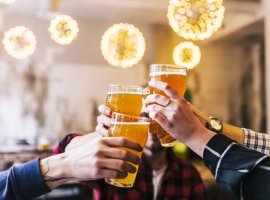