Regardless of the time or season, beer is the ultimate choice of many liquor lovers.. How they are brewed, which influences the look and taste, is the differentiating factor between the various styles. But did you ever wonder where you can find it? Well, you’re at the right place.

What makes the best beer in San Diego? Hence, Big Time Market and Liquor offers a wide variety of it. Here are some of the types that can be found in San Diego.

Also known as India Pale Ale, IPA consists of different styles of intense and refreshing beer. It was invented for English troops stationed in India by a London-based brewer. It contains extra hops and added alcohol content that helped in preserving it through its long journey.

Ale, also known as “top-fermented beer,” is mostly made with yeast strains that float on the surface during the hot fermentation process. This type comes in different strains, so you can choose to add any flavor you want. Whether you want it fruity or earthy, there’s a lot of selection to choose from.

This beer is a pale lager that boasts a light to golden color. Pilsner’s spicy floral, dry, and refreshing hop flavors have made them very popular worldwide. It was originally produced in 1842 by the brewery that became known as Pilsner Urquell, and it was an instant success.

It has various alternatives, including dry stout, oatmeal stout, milk stout, and an imperial stout, and is considered a dark, top-fermented beer. In a 1677 text written in the Egerton Manuscripts, the first recorded use of the term stout was the feeling that a “stout beer” was a strong rather than a typical dark.

Usually, it is a top-fermented ale that uses at least 30% wheat in the brewing process and comes in several types. Any beer that is made up of at least 50 percent wheat is automatically considered a wheat beer, which is a far higher proportion than other beers made mostly of malt, rye, or adjuncts such as rice and maize. Wheat beers are light, summery, and refreshing in general.

San Diego, as mentioned above, has a variety of the best beer. If you’re looking for a place where you can find the best selection of it, Big Time Market and Liquor have it all. Visit our website today! https://express.bigtimemarketandliquor.com/shop/ 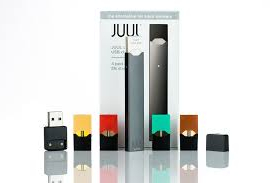 The emergence of cigarette alternatives has had a major impact on the market. Electronic cigarettes…